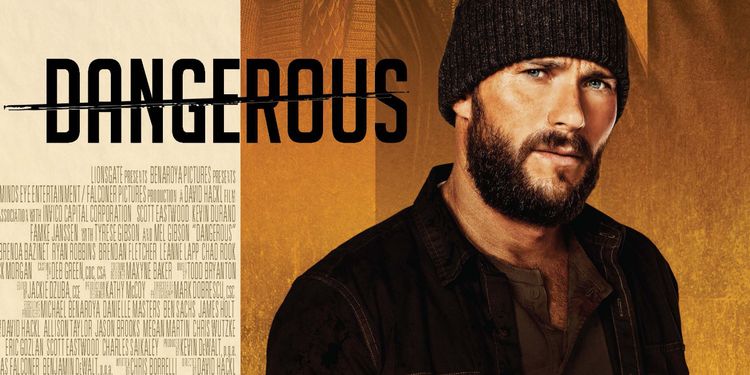 Dangerous is in select theaters an On Demand on November 5th.

Comments are off
Published on In
Dangerous Projects Scott Eastwood

Lionsgate debuted the poster for Scott’s next film Dangerous, as well as its release date. The film will hit theaters and on demand on November 5th. Read below for the official synopsis:

DANGEROUS follows ex-con and reformed sociopath Dylan Forrester (Scott Eastwood), who is trying to quietly serve out his parole — with the help of a steady supply of antidepressants and his eccentric psychiatrist (Mel Gibson). But when his brother dies under mysterious circumstances, Dylan breaks parole and, with a dogged FBI agent (Famke Janssen) on his trail, goes to uncover the truth. A band of heavily armed mercenaries wants something Dylan’s brother was hiding, and Dylan will need all his guile and tactical skills to survive in this action-packed thriller costarring Kevin Durand and Tyrese Gibson.

Jason Orley’s I Want You Back starring Charlie Day and Jenny Slate will drop on Amazon Prime on Feb. 11, 2022.

The pic, written by Isaac Aptaker and Elizabeth Berger (Love, Simon and This Is Us) follows Emma (Slate) and Peter (Day). They thought they were on the precipice of life’s biggest moments – marriage, kids, and houses in the suburbs – until their respective partners dumped them. In their thirties and terrified that they have missed their shot at happily ever after, Emma and Peter are horrified to learn that their partners have already moved on. With no prospects on the horizon and the threat of dying alone hanging over their heads, they hatch a desperate plan to put an end to their exes’ new relationships and win them back.

Earlier this afternoon, it was announced that Day would be playing the voice of Luigi in Illumination/Nintendo/Universal’s Super Mario Bros. movie.

Slate previously starred in the Amazon comedy feature Landline which was distributed by Magnolia.